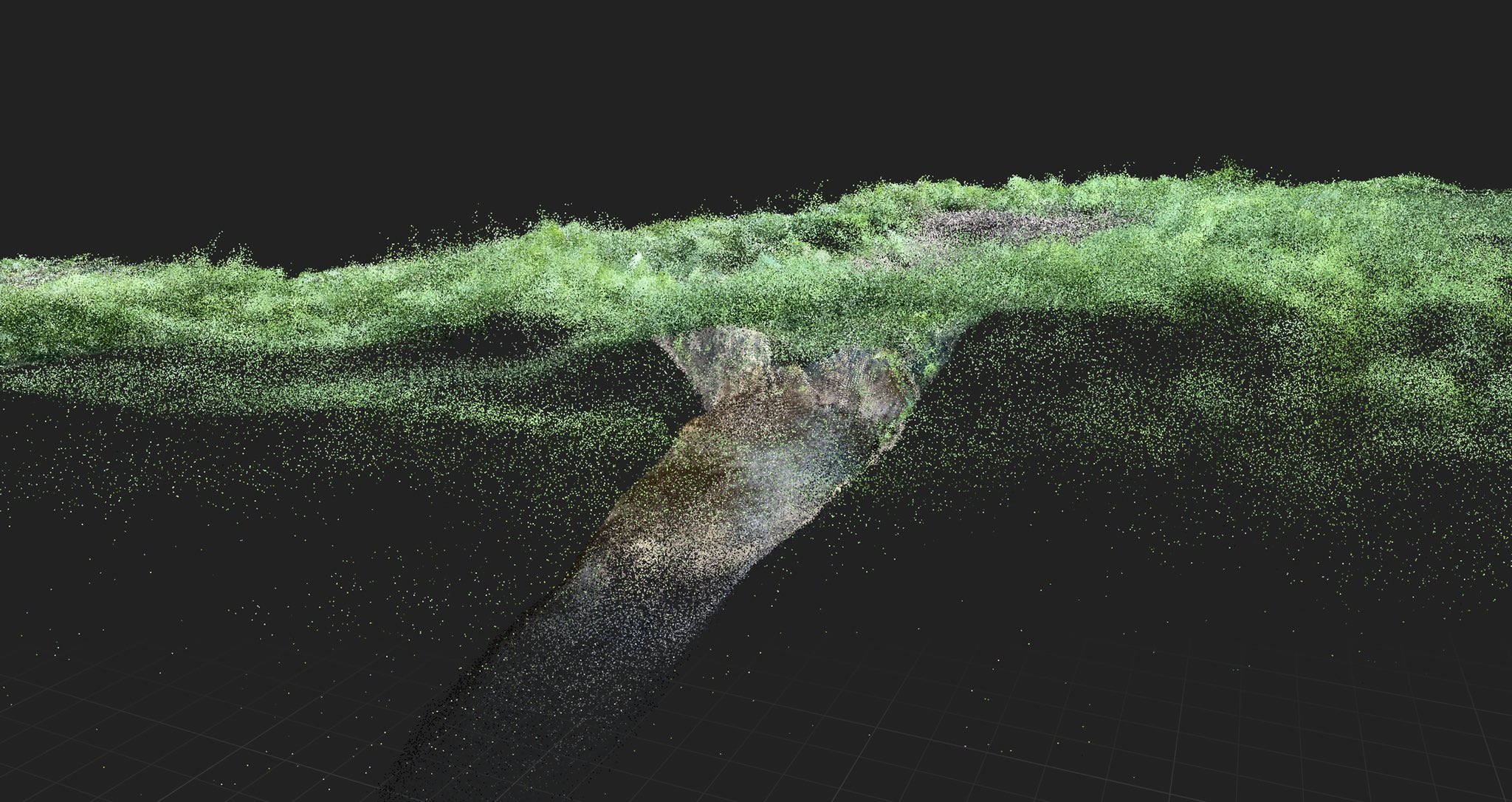 Via an invitation from Runway Journal I have spent the week at the Bundanon education centre, in residence with members of the Runway team and other contributors to issue 45: Asemic. (As is so often the way with these things, there may have been Karaoke!)

Following a process of discovery via non-human mark making in the landscape, this has led to the ongoing development of a new work overGround:underStory.

Image: One of many lidar scans of wombat hills and burrows created during the residency that inform the ongoing making of this new work.