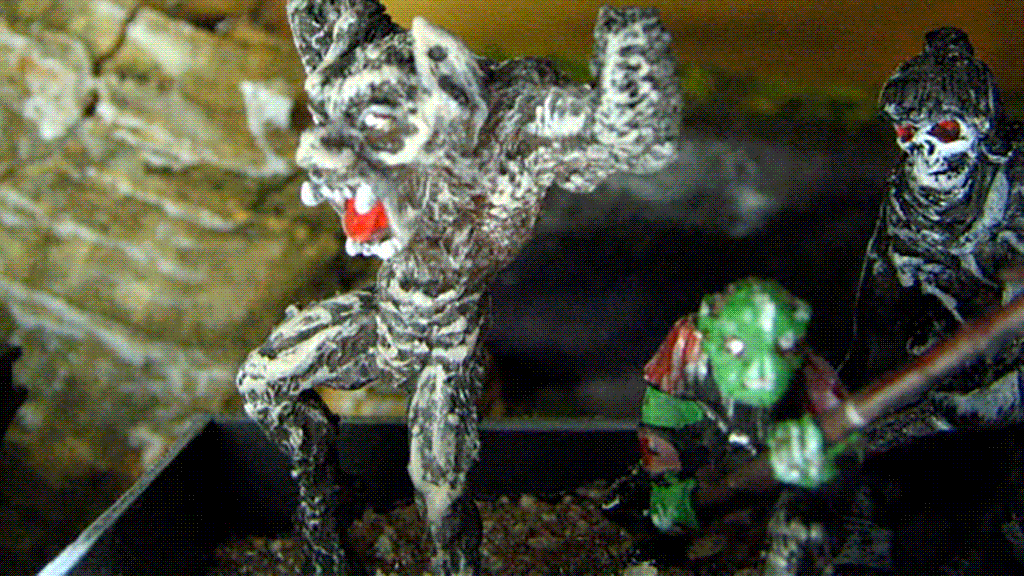 I Believe in Monsters!

Where I recall A Pair of Red Mittens with White Cross-stitch Patterning and a Train Full of Monsters.

For some reason, for as long as I can remember, I have had a memory that has constantly played on my mind. I wonder, is it because I have replayed it over and over so many times that it is so vivid, or has it always been so? This memory is somewhat problematic, for, as you will see… it leads me to believe in monsters.

I do believe in monsters! I have to, otherwise I can’t trust my own memory, and without a memory that I can believe in, there isn’t much point in anything.

Once, when I was very young, my father took me to see a steam-train that was going to pass by on the lines at the top of our street. We were quite close to the railway lines, but far enough back to be at a safe distance. I was sitting on my father’s shoulders so that I could get a good view. A couple of other people from the street had gathered and the children amongst them all seemed as excited as I was. The sun was behind clouds that day, there was quite a strong wind blowing, and I was wearing red mittens with white cross-stitch patterning. Somebody yelled out “It’s coming!” We all looked down the tracks to where a man was pointing. I could see smoke, lots of smoke. A whistle blew, it kept blowing. I was scared. I started to scream. I grabbed onto my father’s head and screamed louder. I could see the great, ever increasing pall of smoke getting closer. I drove my fingers into my father’s scalp; I could not take my eyes off this terrible, loud, dark thing that was approaching. Then as the smoke enveloped us, and I could see the train itself, I SAW MONSTERS!

That steam-train full of monsters is one of my most vivid memories from childhood. Not just one or two monsters, but hundreds of them, all hanging from the side of the train, crawling on its roof, and hanging out of its windows. Each one of them different, each one of them nasty and vicious and ready to jump off the train at any moment and eat me or my father.

There were monsters on that train.

I DO believe in monsters…At least I try very hard to.