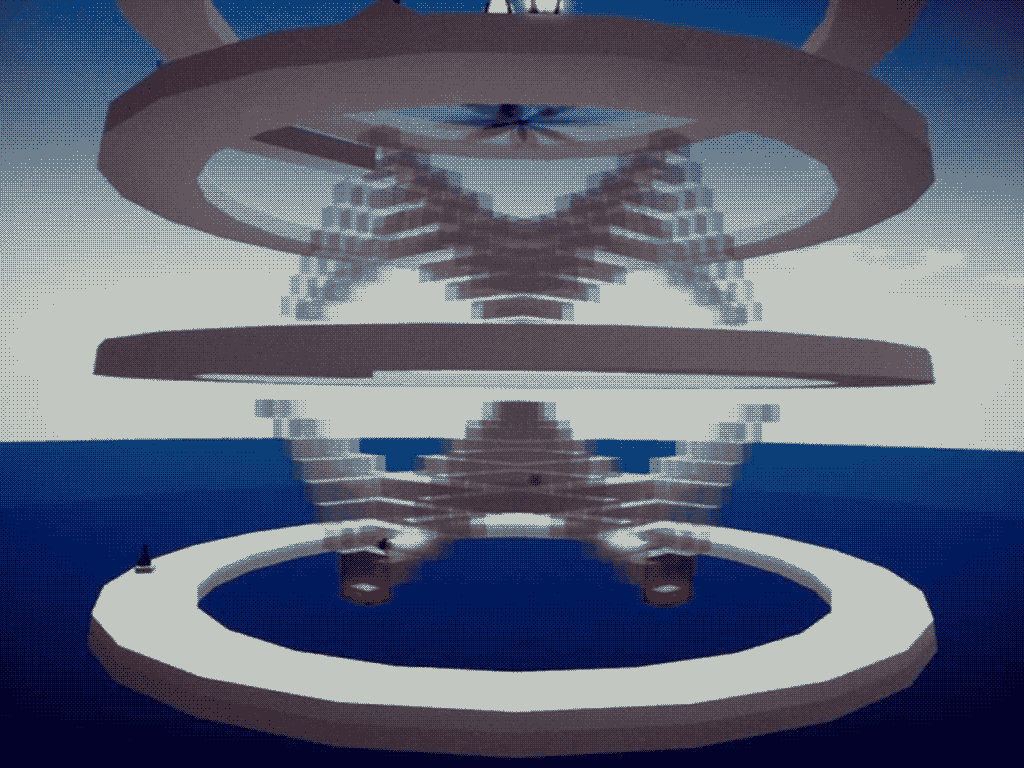 uncharted pages from a voyage of the beagle

"uncharted pages from a voyage of the beagle" is a mixed reality installation. It uses both the virtual domain of Second Life and a real world installation to create a hybrid space that exists somewhere in-between the two worlds.

Within Second Life, and in lonely isolation, the avatar Lamarck Zapatero has been standing and observing the constant cycle and recycle of the system that surrounds him. Like his namesake, he is part of a cul-de-sac in a way of thinking about things. Lamarck is the avatar that is logged in during gallery hours in the real world installation, his camera is coded to cycle through a series of view points of the virtual space, the output of which is projected into the real world gallery space directly in front of a custom human interface device – an antique wooden box containing a battery of bakelite switches.

Within the virtual space, falling from one of two ‘egg’ shaped objects at the top of the system, are small monotone creatures that appear to be at the whim of the simulated gravity, like ‘fish out of water’ they bounce and flail their way ever downwards – confined within a translucent virtual architecture. Their existence is short, as they are propelled from a place constructed purely from numbers (and values assigned to placeholders) into a place describing a possible visual representation of these numbers. As they fall, one of the many possible values that defines them will change ever so slightly, and this change has the potential to be inherited by further creatures as they are thrust into this world of eternal flux, where extremes of parameters are set in stone, but where almost limitless combinations of the interrelations of sites within these extremes give an impression of infinite variation (or where at least the observer is invited to suspend disbelief and observe the origins of complexity arising from these evolving parts.)

Within the gallery a series of real world switches have been provided, with a set of oblique clues as to their function (including a series of narrative texts from the pages of the journal of a fictional explorer of a potential future world – this incomplete narrative can only become whole through the creative imagination, and speculative mind of the persistent viewer). These switches are mirrored in Second Life as large red buttons that allow an avatar to have a similar control within the system – a balance must be found, or a mutual agreement made, if the two worlds are to make any concerted control within the system that is anything other than a random (though no less affecting) influence on the system.

The introduction of inheritance and mutating data that controls how each of the ‘creatures’ look and behave allows both the gallery and virtual visitors to play the role of natural selector in a self-replicating and evolving system. The system provides a way for the viewer to decide which creatures will live long enough for their data to become part of one of the core data collectives, and indeed which collective gets to reproduce at all. (The switches control the state of a number of resting sites for the creatures: if switched on, the creatures will die when they come to that resting place; if switched off they can continue to rest there – potentially out living their competitors and adding their data back into the system).

Ultimately, the whole process is about the system, rather than the individual creatures that are falling. It is the two egg shapes at the top of the system that store the mutating data that controls each individual that they ‘give birth’ to. The potential for an audience to identify with the individual creatures as they fall through the system to their ultimate destiny cannot be underestimated – with or without the selective hand of the audience, the creatures will continue to evolve and there is no denying the fact that after an influx of audience interaction, the creatures tend towards symmetry with a soft roundness, rather than the random forms that occur otherwise. Paradoxically the more symmetrical and ‘life like’ the creatures become, the more the audience respond with an inability to make any selective decisions.

By investigating the complexity that can be obtained through the combination of less complex elements, and at the same time working towards an equilibrium or balance within this system, and by being able to play with metaphor and subjective intent, I am able to explore a wide range of themes that relate back to my interest in self and narrative, and ultimately leads me to the question of who I perceive my self to be, and in particular the personal struggle, that have I mentioned previously, to maintain a single linear narrative in order to define a sense of oneself. And at the same time a completely different reality of that single narrative being a carefully constructed mirage, an emergence arising out of distinct, interacting, yet never centralised parts. 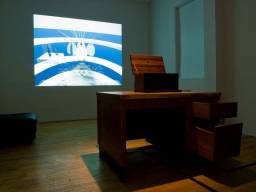 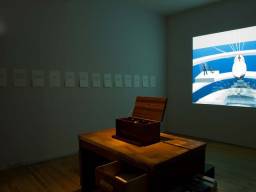 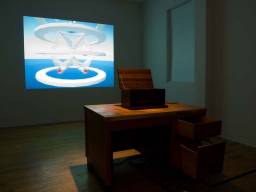 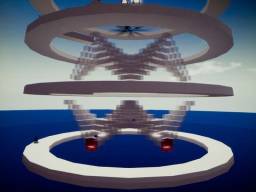 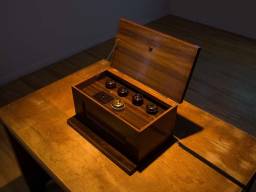 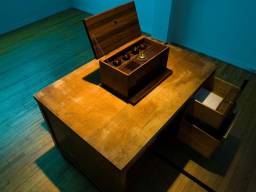 This project was made possible via the generous support of Neutral Ground Gallery, Regina, Canada.